I received my PhD in Preventive Medicine (Epidemiology) and Public Health, awarded Summa Cum Laude, from the University of Granada (UGR, Spain) and the ULB (Universite Libre de Bruxelles, Belgium). Also, I have an MSc in Biostatistics from the University of Newcastle, Australia, an MSc in Epidemiology from the ULB and an MPH from the UGR. After the completion of my Ph.D. in 2010, I moved to the Center for Infectious Disease Epidemiology and Research (University of Cape Town) as a postdoctoral fellow for two years. Afterwards, I moved to the Harvard School of Public Health (Department of Epidemiology), where I specialized in epidemiological methods from 2012 to 2015. I have also been trained as an Epidemic Intelligence Officer (EIS), and I worked as a field epidemiologist for several years in different African countries with Médecins Sans Frontières and GOARN-WHO during the Cholera epidemic in Haiti, 2010.

My research interests lie principally, but not exclusively in the field of epidemiological methods and comparative effectiveness research. At UCT, I used marginal structural models applied to large longitudinal data from Khayelitsha (HIV-Cohort) to assess the effectiveness of an observational, nonrandomized intervention Club of Patients. At Harvard, I used fixed effects methods in the context of the analysis of the components of the variance and within siblings design (observational cross-over) to evaluate the effect of a small fetoplacental ratio at birth on the risk of delivering a small for gestational age infant.

Currently, I am developing in collaboration with colleagues from the Cancer Survival Group (CSG) at the LSHTM data-adaptive methods for model selection and evaluation based on cross-validation techniques cvAUROC and applying advanced causal inference methods such as targeted maximum likelihood estimation TMLE to study cancer outcomes.

We propose a structural framework for population-based cancer epidemiology and evaluate the performance of double-robust estimators for a binary exposure in cancer mortality. We performed numerical analyses to study the bias and efficiency of these estimators. Furthermore, we compared two different model selection strategies based on 1) the Akaike and Bayesian Information Criteria and 2) machine-learning algorithms, and illustrated double-robust estimators’ performance in a real setting. In simulations with correctly specified models and near-positivity violations, all but the naïve estimators presented relatively good performance. However, the augmented inverse-probability treatment weighting estimator showed the largest relative bias. Under dual model misspecification and near-positivity violations, all double-robust estimators were biased. Nevertheless, the targeted maximum likelihood estimator showed the best bias-variance trade-off, more precise estimates, and appropriate 95% confidence interval coverage, supporting the use of the data-adaptive model selection strategies based on machine-learning algorithms. We applied these methods to estimate adjusted one-year mortality risk differences in 183,426 lung cancer patients diagnosed after admittance to an emergency department versus non-emergency cancer diagnosis in England, 2006–2013. The adjusted mortality risk (for patients diagnosed with lung cancer after admittance to an emergency department) was 16% higher in men and 18% higher in women, suggesting the importance of interventions targeting early detection of lung cancer signs and symptoms.
Miguel Angel Luque-Fernandez
In AJE, 2017
Preprint The `projects` parameter in `content/publication/tmle.md` references a project file, `content/project/TMLE`, which cannot be found. Please either set `projects = []` or fix the reference. Custom Link 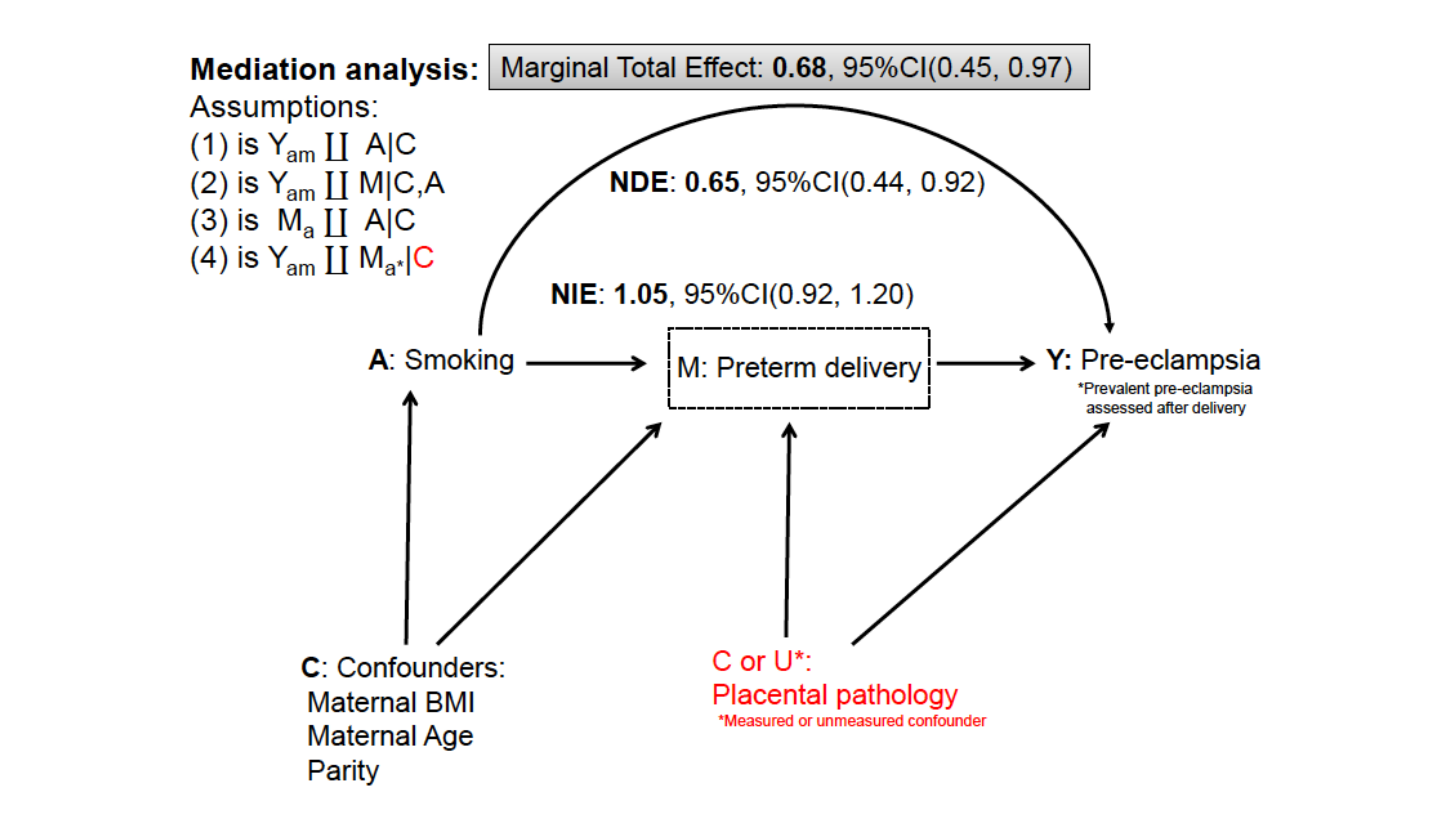 Deconstructing the smoking-preeclampsia paradox through a counterfactual framework

Although smoking during pregnancy may lead to many adverse outcomes, numerous studies have reported a paradoxical inverse association between maternal cigarette smoking during pregnancy and preeclampsia. Using a counterfactual framework we aimed to explore the structure of this paradox as being a consequence of selection bias. Using a case–control study nested in the Icelandic Birth Registry (1309 women), we show how this selection bias can be explored and corrected for. Cases were defined as any case of pregnancy induced hypertension or preeclampsia occurring after 20 weeks’ gestation and controls as normotensive mothers who gave birth in the same year. First, we used directed acyclic graphs to illustrate the common bias structure. Second, we used classical logistic regression and mediation analytic methods for dichotomous outcomes to explore the structure of the bias. Lastly, we performed both deterministic and probabilistic sensitivity analysis to estimate the amount of bias due to an uncontrolled confounder and corrected for it. The biased effect of smoking was estimated to reduce the odds of preeclampsia by 28 % (OR 0.72, 95 %CI 0.52, 0.99) and after stratification by gestational age at delivery (<37 vs. ≥37 gestation weeks) by 75 % (OR 0.25, 95 %CI 0.10, 0.68). In a mediation analysis, the natural indirect effect showed and OR > 1, revealing the structure of the paradox. The bias-adjusted estimation of the smoking effect on preeclampsia showed an OR of 1.22 (95 %CI 0.41, 6.53). The smoking-preeclampsia paradox appears to be an example of (1) selection bias most likely caused by studying cases prevalent at birth rather than all incident cases from conception in a pregnancy cohort, (2) omitting important confounders associated with both smoking and preeclampsia (preventing the outcome to develop) and (3) controlling for a collider (gestation weeks at delivery). Future studies need to consider these aspects when studying and interpreting the association between smoking and pregnancy outcomes.
Miguel Angel Luque-Fernandez
In EJEP, 2016
PDF

Preprint The `projects` parameter in `content/publication/tmle.md` references a project file, `content/project/TMLE`, which cannot be found. Please either set `projects = []` or fix the reference. Custom Link 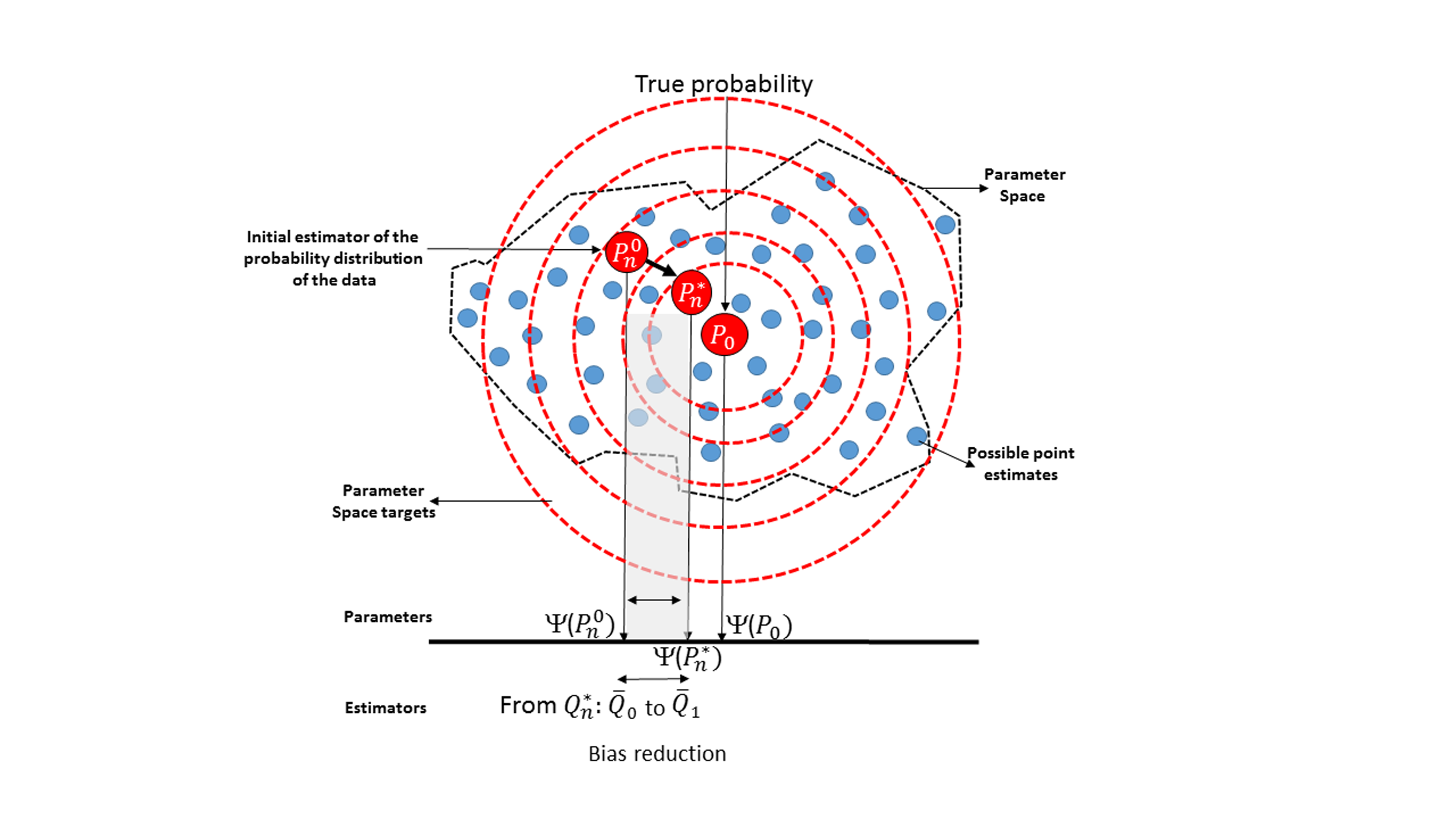 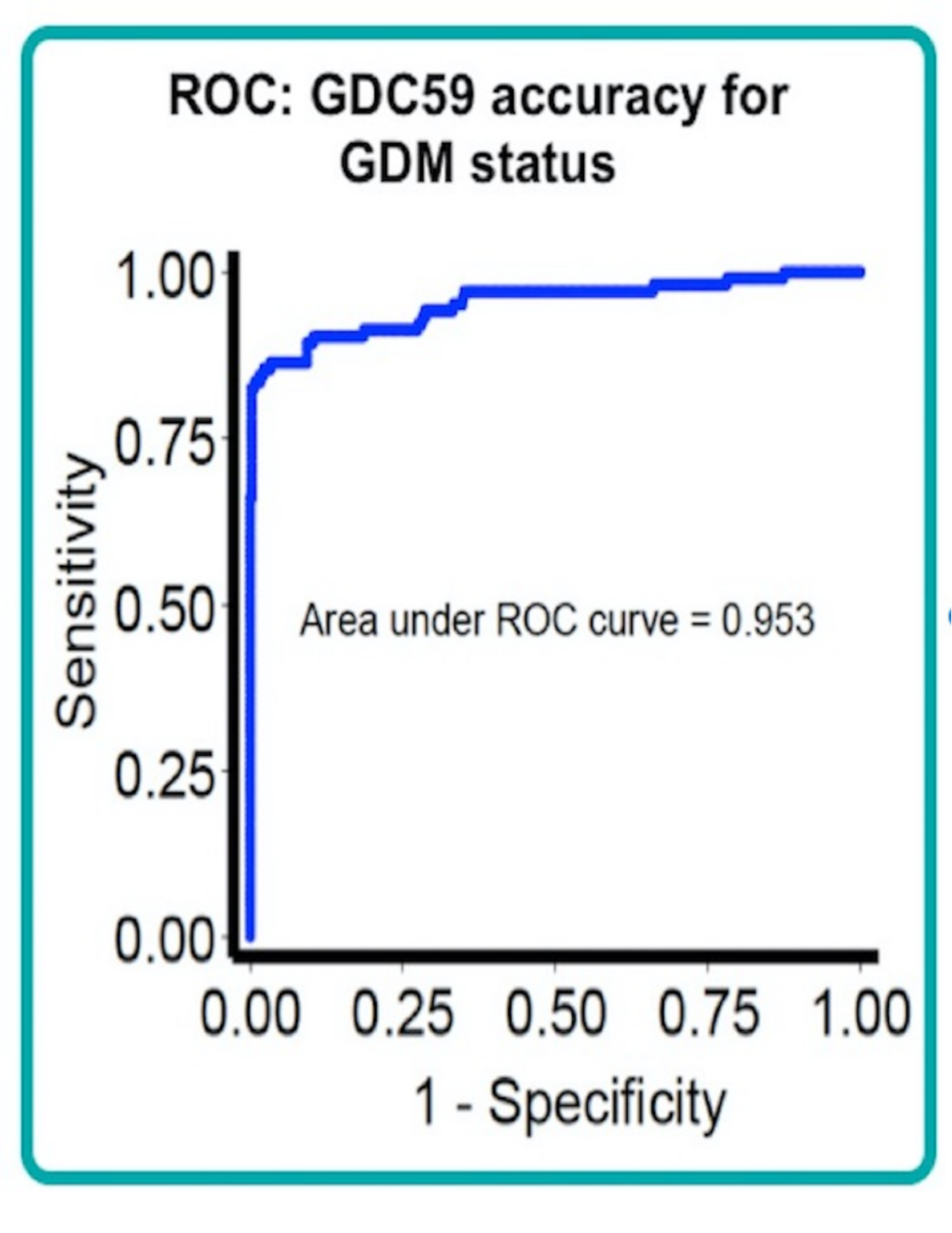 I am a Distance Learning Module Organizer for the MSc in Epidemiology at the LSHTM and I teach in the following short courses:

Also, I am developing software for teaching and scientific interests: